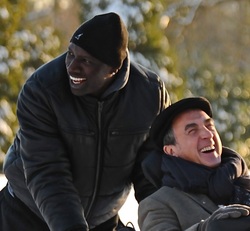 A lighthearted start to our new season, with this engaging comedy from France, based on a true story. Phillippe is a millionaire living in luxury in Paris: however, he is also confined to a wheelchair following a tragic paragliding accident. On an impulse he engages the happy-go-lucky Driss as a personal carer. On the face of it, this is an entirely unsuitable choice- Driss is poorly educated, unemployed and unqualified- and he also has a minor criminal record. But his energy and enthusiasm for life is going to have a profound effect on both of them. 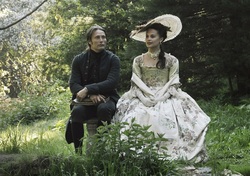 What has been called ‘the most dramatic love story in Denmark’s history’ is relatively unknown outside that country. Princess Caroline Mathilde, the younger sister of King George III, is despatched to Denmark to marry her suitor, King Christian VII of Denmark. The King’s childish and unstable behaviour gets worse over the years and a German doctor (Johann Friedrich Struensee) is engaged to help. He wins the King’s trust but also starts a passionate love affair with the Queen. The story unfolds at the time the first steps of the Enlightenment movement were being taken, paving the way for radical change in Europe. 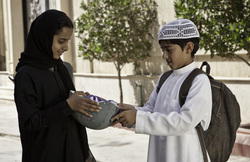 Wadjda is the first film made by a female director in Saudi Arabia, a strict Islamist country with no cinemas. It tells a superficially simple tale of a free-spirited 11 year-old girl  (Wadjda) who dreams of buying a green bicycle to race against a friendly neighbourhood boy (Abdullah). To raise the money she enters a Koran recital competition at her all-girls school. Throughout the film the restraints of life in Saudi Arabia for women are brought out effectively and with subtlety; for example, the tensions in Wajda’s family as her father contemplates taking a second wife who can bear him a son. A glimpse into a culture and a country which looks modern but feels far from it.

Salmon Fishing in the Yemen 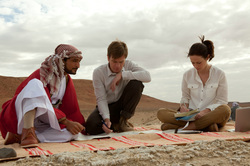 An unlikely title for an entertaining film about an unlikely project. A wealthy sheikh believes that his people’s lives will be enriched if they can share his enjoyment of the peaceful pastime of salmon fishing, and he approaches the leading British fisheries expert for help in creating a salmon river in the highlands of the Yemen. The expert clearly thinks the whole concept is absurd and impossible, and tries to bury it. However, the Prime Minister’s press secretary has got hold of the story and sees the potential for some powerful PR for the government. What follows is an enjoyable mixture of drama and comedy. 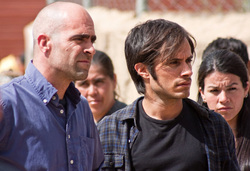 A struggling film company is in the Bolivian city of Cochabamba to make a film about Christopher Columbus. The idealistic director (Sebastian) wants to counter the positive image of Columbus by showing the ruthless rush for gold and cheap slaves which followed the arrival of the Conquistadores. The actor (Daniel) chosen to play the part of Hatuey, the first Indian leader to oppose the Spanish (and who was literally crucified) turns out to be a local activist in the struggle to oppose the privatisation and sale of the city’s water supply. Completion of the film has to take place amid the subsequent violence and rioting in the city (the ‘Water War’ was a real event in April 2000). 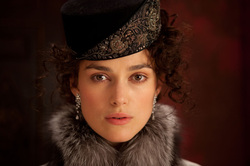 Tolstoy’s well-known story of the scandalous and tragic love affair between Princess Anna Karenina and the wealthy Count Vronsky in late 19th century Imperial Russia has been brought to the screen many times, with several famous actresses in the title role, including Greta Garbo (1935) and Vivien Leigh (1948). Keira Knightley is a worthy successor in this latest telling of the tale, with a novel interpretation of Tolstoy’s text by playwright Tom Stoppard. The imaginative setting by director Joe Wright is a visual treat. The film has rightly won several awards, including an Oscar. 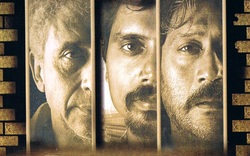 Three convicted murderers are in jail awaiting punishment. The governor of the prison (a strong believer in reform of criminals) allows a documentary film-maker to interview them. Through these meetings, and with the help of flashbacks, we learn about their characters, their crimes and the motives for them. We also realise that all is not what it seems. The film was shot in a derelict prison in Hyderabad, and won much praise in India and elsewhere for the quality of its production and the performances of the actors. It is a Hindi film far from the stereotype of ‘Bollywood’ productions. 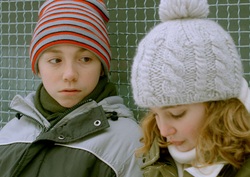 The tragic suicide of an elementary school teacher in Montreal is the starting point for this touching and thoughtful film. The school’s principal has to find a replacement teacher quickly for the disturbed class; in particular, two pupils, Simon and Alice, are traumatised by the event. Despite some reservations, she hires Bachir Lazhar, an Algerian immigrant. Although Lazhar’s teaching methods seem old-fashioned, he appears to be steering the class through a difficult year. But then questions about his past and his current status in Canada start to surface. Can the school- and its children- afford to lose their ‘Monsieur Lazhar’? 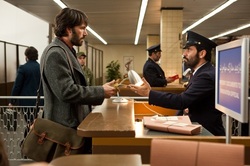 This Oscar-winning film is a dramatised account of a real - if highly improbable - event in Tehran  during the 1980 hostage crisis. When six American diplomats seek sanctuary in the Canadian embassy the CIA launches a dangerous operation to rescue them by creating a bogus film company, apparently in the country to make ‘Argo’, a science-fiction film. What follows seems more like fiction than fact, and indeed the Iranian government has complained that the film gives a very one-sided view of events. Whilst this is probably true, it makes for a gripping and exciting tale to round off our season.