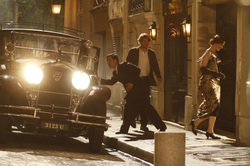 Woody Allen returns to form with this charming fantasy about Paris and the ‘belle epoque’. Gil and Inez are a young American couple visiting Paris in the company of Inez’s parents, who are on a business trip. Gil is planning a career as an author, and is hoping the visit will inspire him to complete his first novel. Wandering by himself in the city he hears the church clock strike midnight, and is mysteriously taken back in time…to meet many of the writers and painters of that earlier age. Enjoy some unusual ‘celebrity spotting’ as Allen’s Oscar-winning screenplay unfolds. 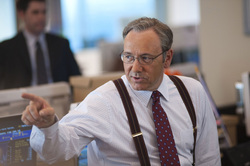 It is 2008 and the financial crisis in America has just started. One investment bank is firing staff on the spot - a brutal operation which reveals the ethos of the firm. As a senior analyst is escorted off the premises he manages to pass vital information to a junior colleague, with the prophetic warning ‘be careful’. Events over the next 24 hours are increasingly tense and absorbing as the key staff involved struggle to reconcile individual survival with professional judgements of correct ‘moral’ behaviour. Jeremy Irons is particularly chilling as the CEO of the struggling firm.

Georges Laurent is a successful TV presenter and enjoys a seemingly stable social and family life. But he is increasingly unnerved when he starts to receive mysterious video tapes and childlike drawings. As there is no obvious physical threat the police will not intervene, and Georges starts his own investigations - a trail which stretches deep into his childhood and his relationship with a young Algerian orphan (Majid). Majid’s failed life contrasts starkly with George’s own, and this must ‘explain’ the tapes and pictures. Or must it? There is so much hidden in this film that audiences have been known to leave the cinema arguing about its plot and vowing to see it again. 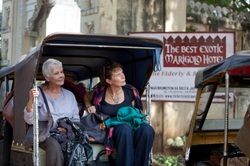 Another chance to see this warm-hearted story about a disparate group of over-60s who feel that life as pensioners in modern Britain is passing them by. They are lured to India by the promises of majestic retirement offered by the renovated Best Exotic Marigold Hotel in Jaipur. The reality turns out to be not quite as the publicity brochure promised. What follows is a highly enjoyable mixture of comedy and drama as each member of the group comes to terms with the dramatic changes of culture and life-style - exemplified by the enthusiastic but incompetent young manager of the hotel.

This film is based on the real-life story of Li Cunxin, born into a peasant family during Mao’s Cultural Revolution and selected for special training at the Beijing dance academy. As a talented and powerful dancer he visits America on a cultural exchange visit, and falls under the influence of Ben Stevenson, Houston Ballet’s artistic director. Li’s dancing and personal life flourish, and some two years later he manages to ‘defect’ to the west to develop his career still further. The beautifully choreographed ballet sequences are an added visual treat in an already attractive and pleasing work. 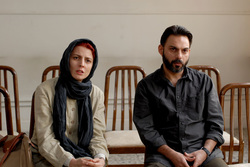 A young husband (Nader) and wife (Simin) are on the point of divorcing. Simin wants to leave Iran for a better life, taking their only daughter Termeh with her. Nader feels he must stay to look after his ailing father. Simin moves out to stay with her parents, and Nader is forced to find a carer for his father. The subsequent complications give a fascinating insight into ‘shariah’ law at the domestic level. The film has been described as ‘fiercely intelligent, morally and emotionally complex’ by the critics, and was awarded an Oscar in 2012 for best Foreign Language Film - the first Iranian film to be so honoured. 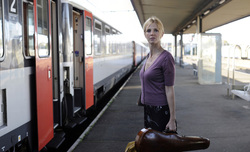 This elegant Cesar-winning film…which has overtones of Brief Encounter…is set in modern-day provincial France. Jean, a quiet hard-working builder, lives contentedly with his wife Anne-Marie, a factory worker, and their son Jeremy. By chance, Jean meets his son’s new teacher, Veronique Chambon, and is increasingly attracted by the glimpses of the wider and more cultured world she represents. The rupture threatening Jean’s family is brought to a climax when ‘Mademoiselle Chambon’ is posted to another school in a different part of France. Will she be going alone? 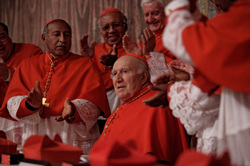 It’s decision time in the Vatican as the cardinals assemble to elect a new Pope. Cardinal Melville wins the support of his fellows, but has agonising personal doubts about his own suitability for the job. A psychoanalyst (who, incidentally, is an atheist) is called in to help resolve the problem, which threatens to become a public relations disaster with the throng waiting in St Peters Square - as well as with the rest of the world. A charming, gentle film which makes its serious points about organised religion with subtlety and good humour. 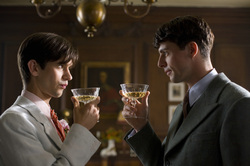 Evelyn Waugh’s classic novel ‘Bridehead Revisited’, subtitled ‘The Sacred and Profane Memories of Captain Charles Ryder’, was published in 1945, and brought to the screen in 1981 as a lengthy TV serial. This shorter film adaptation, made in 2008, is told in flashback after Charles Ryder, now a successful painter, unexpectedly re-meets Julia Flyte, the older of (Lord) Sebastian Flyte’s two sisters. The story tells of the growing relationship between Sebastian and Charles after their meeting as undergraduates in Oxford, and Charles’ increasingly complicated entanglement with the aristocratic and strictly Roman Catholic Marchmain/Flyte family.