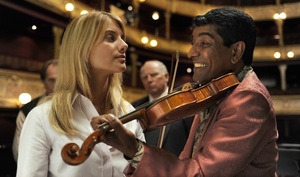 The new season starts with a French-Russian comedy. Andrey Simonovich Filipov was fired for hiring "politically unsure" artistes thirty years ago from his position as conductor of the Bolshoi orchestra, and now works as an office cleaner. Coming across a fax message from the Chatelet theatre in Paris, he hijacks an invitation for the Bolshoi to perform there and sets about replacing the orchestra with his old colleagues and friends. The resulting chaotic trip to Paris, and the attempts to engage the prominent French violinist Anne-Marie Jacquet to star in a performance of Tchaikovsky’s Violin Concerto, make for a thoroughly enjoyable and entertaining film. 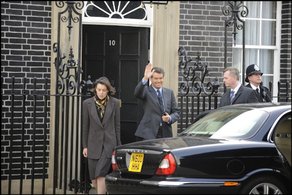 A successful ghost-writer is hired to edit and complete the memoirs of former British Prime Minister Adam Lang, now living with his wife in a luxury retreat in the USA. As he starts work, he begins to suspect that the death of his predecessor may not have been accidental, and that his unfinished manuscripts may conceal sensitive information about the CIA and Anglo-American relationships. Accusations that Lang was involved in authorising illegal treatment of suspected terrorists add to the growing tension as the ghost-writer realises his own life may be in jeopardy. An exciting political thriller from renowned director Roman Polanski.

Of Gods and Men 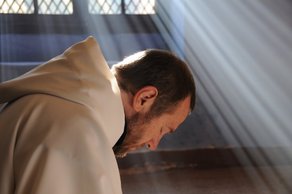 Based on a true story, this is a moving account of a small group of Cistercian monks living in a hillside monastery in Algeria, working in harmony with the local farming community and providing it with medical help. Their  peaceful existence is abruptly shattered with the arrival of  Islamist ‘jihadists’ in the region, and they are forced collectively and individually into taking agonising decisions about their future. Should they stay or seek safety abroad? The film’s beautiful photography and soundtrack perfectly capture the pace of the monk’s daily routine, and its sensitive treatment of the monks’ plight has won critical acclaim internationally.

My Afternoons with Marguerite 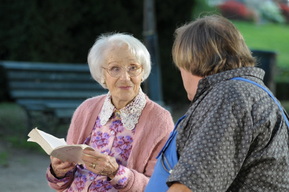 A warm-hearted story about the growing- if unlikely- platonic friendship between two characters in a small provincial French town. Germain is a middle-aged overweight handyman, barely literate, whose world is defined by his mother, his girlfriend and his friends in the local café. Margueritte is a frail 95-year old, articulate and intelligent, and a lover of literature. They meet in the local park  where both take an interest in the pigeons. From this small encounter their friendship steadily grows, and  Margueritte gradually draws Germain to discover the power of books and words. 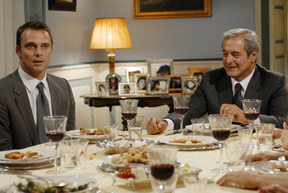 The Cantone family is gathering for a dinner at which the patriarch Vincenzo will formally hand over the running of the family’s pasta business to his two sons, Antonio and Tommaso. Unfortunately for their father's plans both sons don't want to take over the business, triggering a crisis which stops Tommaso from making a similar announcement. There follows a wave of comic and unexpected events, in which self-fulfilment struggles with social propriety and family commitment. We also learn that grandmother  had similar problems in her past. 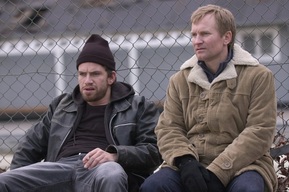 The two brothers of this film’s title are very different characters. Michael is an upright family man, happily married with two young daughters. He is a major in the Danish army, and on the point of being sent to Afghanistan. The younger Jannik is a convicted bank robber, recently released from jail. When Michael is reported missing following a helicopter mission, Jannik and his sister-in-law gradually grow closer. This developing relationship also includes Michael’s daughters, who regard Jannik as a mixture of elder brother and father substitute. To say more would spoil the plot. 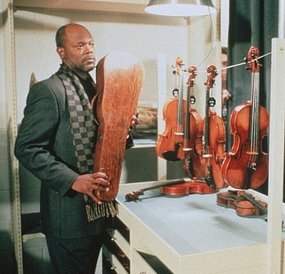 The story of a perfect violin made in Italy in 1681. The film starts in the present day, as the instrument is being auctioned in Canada. Its history is then told in five locations around the world- Cremona, Vienna, Oxford, Shanghai and Montreal- and in each the instrument has an important role to play in its various owners’ lives. The interests of their successors converge and conflict in the auction room in Montreal, after which the next phase of the violin’s life will begin. This is an unusual and complex film, with a beautiful musical soundtrack to complement its rich images. 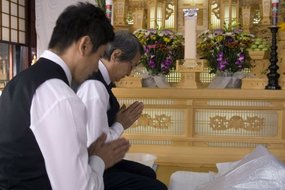 The hero of the story is a talented young cellist who loses his job when his orchestra is disbanded. He returns with his wife from Tokyo to his small home-town, determined to make a fresh start living in the house of his recently deceased mother. Looking for work, he replies to a classified advert, assuming that the title ‘Departures’ implies a career in the travel industry. The reality is a very different type of work, but he accepts it and gradually comes to see its value and importance. Winner of many awards, it is a delightfully produced film which gives some fascinating insights into Japanese life and culture.

The Secret in their Eyes 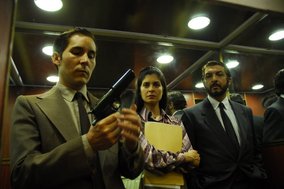 Retired Federal Justice Agent Benjamin Exposito decides to write a novel about a case he investigated some 25 years ago- the rape and murder of a young schoolteacher- and whose unsatisfactory outcome has haunted him ever since. The year was 1974, a time of rising political violence in Argentina. The story of Exposito’s attempts to secure justice against this background , and official attempts to close the case prematurely, forms a fascinating jig-saw puzzle. The film has been described as ‘sparkling jewel in modern Argentine cinema’s crown’, and won the 2010 Oscar for Best Foreign Language Film.