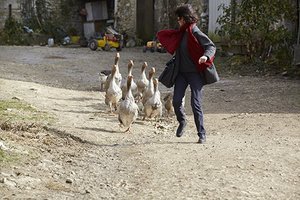 In French rural life the village doctor is an important figure, both medically and socially. When doctor Jean-Pierre is diagnosed with a life-threatening tumour, he grudgingly accepts the advice of his own doctor, and agrees to have an assistant to lighten his workload. Unfortunately when she arrives he discovers that she is relatively young, with an urban background - and perhaps worst of all - a woman. Will she manage to face the many challenges of her new role? One critic has called the film ‘a fine example of classic French romantic drama’, and it provides an enjoyable start to our new season. 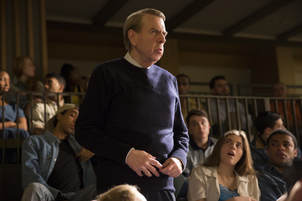 This film is based on the acclaimed book ‘History on Trial: My Day in Court with a Holocaust Denier’ by the writer and historian Deborah E Lipstadt. She accuses fellow historian David Irving of being a ‘Holocaust denier’, and his response is to sue her for libel. In the British legal system the burden of proof in such cases lies with the accused: it is up to Lipsadt and her legal team to prove the reality of the Holocaust and that Irving, despite his reputation, is an unreliable (and lying) historian The twists and turns of the legal proceedings hold the audience in suspense until the final judgment. 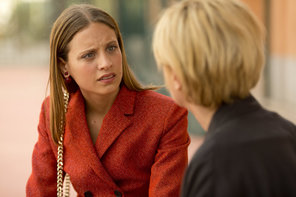 Julieta is an unhappy middle-aged woman living in Madrid, regretful of her past and fearful for her future. By chance she meets Bea, a former friend of her daughter Antia who disappeared mysteriously some twelve years ago. Julieta learns that Antia is alive and well, and living in Switzerland with her three children. She cancels a planned move to Portugal, and stays at her old address in Madrid in the hope that Antia will contact her. There she broods on episodes in her past and the events leading up to her daughter’s disappearance. Much of the story is told in flash-back, with a different actress playing the part of the younger Julieta. 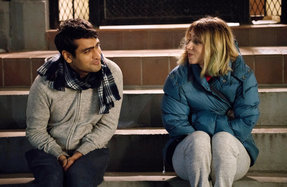 Despite its unfortunate American title, ‘the Big Sick’ is an amusing romantic comedy, based on the real-life experiences of its two leading actors. Kumail is a Pakistan-born comedian making his way in the business of stand-up comedy, where he meets Emily, an all-American white girl. Both sets of parents are horrified at the idea of their romance blossoming, in particular Kumail’s mother and father who want to see him settled with a nice Muslim bride. Matters come to a head when Emily has to be admitted to hospital with a mystery illness, forcing all concerned to examine their beliefs and prejudices. A fascinating story of the clashes between two generations and  cultures. 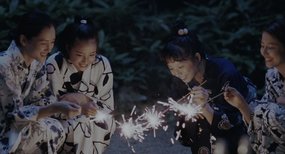 This has been called a ‘very Japanese film’. To an Occidental audience it may appear slow: its pleasure comes from the calm observation of the small details of everyday family life in a different culture (including its cuisine). Sachi (29), Yoshino (22) and Chika (19) have been living with their grandmother in the rural town of Kamakura since their father deserted the family some years before, and their mother- unable to cope- effectively abandoned them. Then some years later they learn of their father’s death. With mixed feelings and some reluctance they decide to go to his funeral. There they discover, to their surprise, that they have a young half-sister, Suzu, 13 years old. 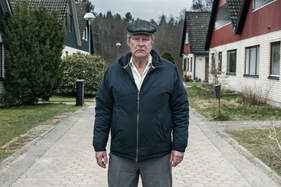 Sweden   2015  116 minutes
Director: Hannes Holm
Starring: Rolf Lassgard, Bahar Pars.
​
​59-year old Ove is an archetypal ‘grumpy old man’. Since retiring, and recently losing his wife, he busies himself being the self-appointed guardian of the small housing estate where he lives, enforcing the many trivial rules and regulations of the neighbourhood. When a new, and Indian, family moves into the terraced house opposite, Ove feels his ordered existence is about to be disturbed. Matters are hardly improved when they accidentally reverse into his mailbox. Despite the resulting tensions they insist on treating the ill-tempered Ove as a friend. This is a light-hearted film, and a long way from ‘Swedish Noir’. 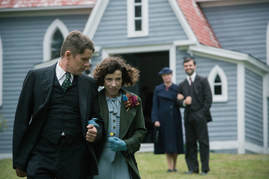 Maudie
Wednesday March 6th 2019
​​
Canada/Ireland  2017    115 minutes
Director: Aisling Walsh
Starring: Sally Hawkins, Ethan Hawke
​
Maud Dowley was born in 1903 in Nova Scotia, and despite suffering from painful rheumatoid arthritis all her life became one of Canada’s most popular and prolific folk artists. The film takes up her story when she leaves the family home by answering an advertisement for a housekeeper, moving in with Everett Lewis, a poor fishmonger. Their unusual, and initially antagonistic, relationship, gradually develops into something more warm and permanent, whilst Maud’s talents continue to grow and she starts to be recognised beyond her native country. An unusual film, enhanced by some colourful and well-composed cinematography. 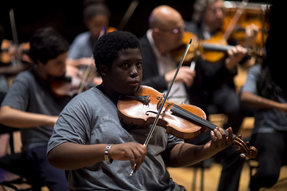 Monsieur Daoud is a professional violinist who joins a secondary school in one of the rougher arrondissements of Paris. The pupils regard their music ‘lessons’ as a time for fooling around and generally creating mayhem. However, their new teacher perseveres with them and they gradually come to respect him and the music that the violin can create. Eventually they become confident enough to take part in a combined school concert. One boy, Arnold, shows considerable promise and a better future seems possible for him. Although the setting is very different, the story has strong echoes of ‘Les Choristes’, the most popular film of our opening season ten years ago.

An argument between two grownup men would normally be settled quickly and in private. But this is modern-day Beirut, and Tony is a Lebanese Christian whereas Yasser is a Palestinian refugee. The two trade insults over a minor incident, but both become increasingly belligerent and exchange blows. Despite an attempted reconciliation both end up in court. With growing media attention the affair attracts national attention and threatens to spiral out of control. A fascinating- and frightening- tale which is all too believable, set in the imflammable mixture of displaced people and cultural tensions which exist in so many parts of the Middle East today.